Crash Course
Crash Course is a journey not a class. It’s designed to help you discover your place in God’s story. This is done in the context of a community of believer known as a church. The church is the hope of the world. 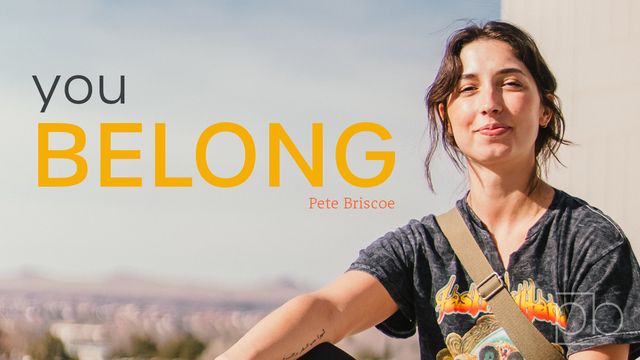 You Belong In God’s Family By Pete Briscoe

17 Obey your leaders and submit to them, for they are keeping watch over your souls, as those who will have to give an account. Let them do this with joy and not with groaning, for that would be of no advantage to you.

19 my little children, for whom I am again in the anguish of childbirth until Christ is formed in you!

28 Pay careful attention to yourselves and to all the flock, in which the Holy Spirit has made you overseers, to care for the church of God, which he obtained with his own blood.

25 “Now his older son was in the field, and as he came and drew near to the house, he heard music and dancing. 26 And he called one of the servants and asked what these things meant. 27 And he said to him, ‘Your brother has come, and your father has killed the fattened calf, because he has received him back safe and sound.’ 28 But he was angry and refused to go in. His father came out and entreated him, 29 but he answered his father, ‘Look, these many years I have served you, and I never disobeyed your command, yet you never gave me a young goat, that I might celebrate with my friends. 30 But when this son of yours came, who has devoured your property with prostitutes, you killed the fattened calf for him!’ 31 And he said to him, ‘Son, you are always with me, and all that is mine is yours. 32 It was fitting to celebrate and be glad, for this your brother was dead, and is alive; he was lost, and is found.'”

18 But the path of the righteous is like the light of dawn, which shines brighter and brighter until full day. 19 The way of the wicked is like deep darkness; they do not know over what they stumble.

17 And he came and preached peace to you who were far off and peace to those who were near. 18 For through him we both have access in one Spirit to the Father.19 So then you are no longer strangers and aliens, but you are fellow citizens with the saints and members of the household of God, 20 built on the foundation of the apostles and prophets, Christ Jesus himself being the cornerstone, 21 in whom the whole structure, being joined together, grows into a holy temple in the Lord.

11 And he said, “There was a man who had two sons. 12 And the younger of them said to his father, ‘Father, give me the share of property that is coming to me.’ And he divided his property between them. 13 Not many days later, the younger son gathered all he had and took a journey into a far country, and there he squandered his property in reckless living. 14 And when he had spent everything, a severe famine arose in that country, and he began to be in need. 15 So he went and hired himself out to one of the citizens of that country, who sent him into his fields to feed pigs. 16 And he was longing to be fed with the pods that the pigs ate, and no one gave him anything.