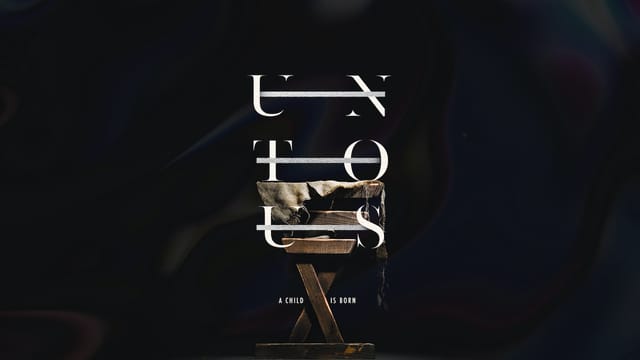 Sign In to Save Event
Four Degrees of Desperation
Jesus’s birth is a powerful display of God’s faithfulness to bring peace, hope, healing, and life to a lost and dying world. This four-week series explores the Christmas story by examining the relationship between the book of Isaiah and the purpose and work of Christ in the New Testament. Because of Jesus, we can experience the joy that comes through his finished work
Locations & Times 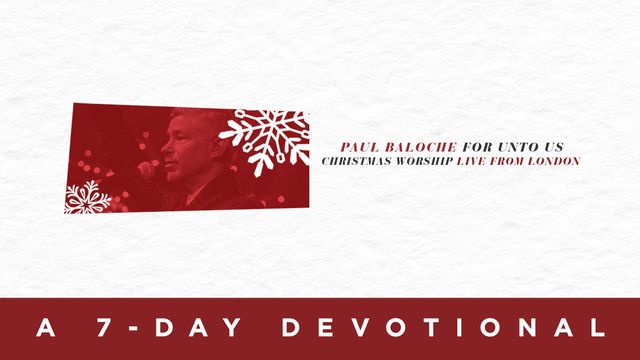 Paul Baloche – For Unto Us – A Christmas Devotional

You can give straight from your phone. Simply text the word “fbcgive” to 73256

We want to thank those of you who give faithfully and systematically to our church. We hope you know how important your giving is to what God is doing at FBC Seminole, in our community, and across the planet through the different ministries we are able to partner with through your financial generosity. We’ve fixed plumbing, remodeled kitchens, replaced shingles, celebrated our teachers, and made  a difference in a host of other opportunities. Your generosity matters.
We offer Financial Peace University on a consistent basis for those who need financial help.  It’s a financial management system that allows multitudes to eliminate debt and live in freedom.

Our Vision: Gracefully helping people in a distracted world embrace their role in God’s story.
At some point in your faith journey, you will settle into a bargaining posture with God. “God, if you will . . . , I promise I will . . . .” We all do it. That’s just part of religion—every religion. In fact, it’s so much a part of human nature that even some atheists and agnostics do it when they find themselves in desperate circumstances. But is that really how God wants us to relate to him? The problem with a bargaining posture is we never keep up our end of the bargain, do we?
God doesn’t want something from you. God wants something for you.
In times of desperation my level of determination is based on the value I place on what I want.

6 “Blessed are those who hunger and thirst for righteousness, for they will be satisfied.

6 For a child is born to us, a son is given to us.The government will rest on his shoulders.And he will be called:Wonderful Counselor, Mighty God,Everlasting Father, Prince of Peace. 7 His government and its peace will never end.He will rule with fairness and justice from the throne of his ancestor David for all eternity.The passionate commitment of the Lord of Heaven’s Armies will make this happen!

19 Someone may say to you, “Let’s ask the mediums and those who consult the spirits of the dead. With their whisperings and mutterings, they will tell us what to do.” But shouldn’t people ask God for guidance? Should the living seek guidance from the dead? 20 Look to God’s instructions and teachings! People who contradict his word are completely in the dark. 21 They will go from one place to another, weary and hungry. And because they are hungry, they will rage and curse their king and their God. They will look up to heaven 22 and down at the earth, but wherever they look, there will be trouble and anguish and dark despair. They will be thrown out into the darkness.

1 Nevertheless, that time of darkness and despair will not go on forever. The land of Zebulun and Naphtali will be humbled, but there will be a time in the future when Galilee of the Gentiles, which lies along the road that runs between the Jordan and the sea, will be filled with glory. 2 The people who walk in darkness will see a great light.For those who live in a land of deep darkness, a light will shine.

A desperate situation my drive you to a God desperate for your salvation
I. Desperate Times – No Help or Hope 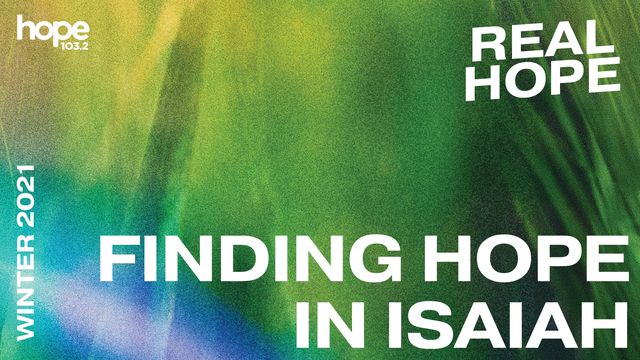 9 Each time he said, “My grace is all you need. My power works best in weakness.” So now I am glad to boast about my weaknesses, so that the power of Christ can work through me.

3 Then the Lord said to Isaiah, “Take your son Shear-jashub and go out to meet King Ahaz. You will find him at the end of the aqueduct that feeds water into the upper pool, near the road leading to the field where cloth is washed. 4 Tell him to stop worrying. Tell him he doesn’t need to fear the fierce anger of those two burned-out embers, King Rezin of Syria and Pekah son of Remaliah. 5 Yes, the kings of Syria and Israel are plotting against him, saying, 6 ‘We will attack Judah and capture it for ourselves. Then we will install the son of Tabeel as Judah’s king.’ 7 But this is what the Sovereign Lord says:“This invasion will never happen; it will never take place; 8 for Syria is no stronger than its capital, Damascus, and Damascus is no stronger than its king, Rezin. As for Israel, within sixty-five years it will be crushed and completely destroyed. 9 Israel is no stronger than its capital, Samaria, and Samaria is no stronger than its king, Pekah son of Remaliah. Unless your faith is firm,I cannot make you stand firm.”

8 Their loyalty is divided between God and the world, and they are unstable in everything they do.

III. Desperate Intensity –
Does the Intensity of my Search match the Gravity of the
Situation?
Isaiah 7:10-12 NLT

10 Later, the Lord sent this message to King Ahaz: 11 “Ask the Lord your God for a sign of confirmation, Ahaz. Make it as difficult as you want—as high as heaven or as deep as the place of the dead.” 12 But the king refused. “No,” he said, “I will not test the Lord like that.”

4 But God is so rich in mercy, and he loved us so much, 5 that even though we were dead because of our sins, he gave us life when he raised Christ from the dead. (It is only by God’s grace that you have been saved!) 6 For he raised us from the dead along with Christ and seated us with him in the heavenly realms because we are united with Christ Jesus. 7 So God can point to us in all future ages as examples of the incredible wealth of his grace and kindness toward us, as shown in all he has done for us who are united with Christ Jesus. 8 God saved you by his grace when you believed. And you can’t take credit for this; it is a gift from God. 9 Salvation is not a reward for the good things we have done, so none of us can boast about it.

All my do’s are based on what’s been done.
Self-righteousness looks holy but gets ugly.
IV. Desperate Grace
It’s not what you do. It’s what’s been Done.
Isaiah 7:13-14 NLT

13 Then Isaiah said, “Listen well, you royal family of David! Isn’t it enough to exhaust human patience? Must you exhaust the patience of my God as well? 14 All right then, the Lord himself will give you the sign. Look! The virgin will conceive a child! She will give birth to a son and will call him Immanuel (which means ‘God is with us’).

20 As he considered this, an angel of the Lord appeared to him in a dream. “Joseph, son of David,” the angel said, “do not be afraid to take Mary as your wife. For the child within her was conceived by the Holy Spirit. 21 And she will have a son, and you are to name him Jesus, for he will save his people from their sins.” 22 All of this occurred to fulfill the Lord’s message through his prophet:

Elizabeth Achtemeier said it well: “the people of faith know that earth’s petty powers will never have the last word. After all, Jesus Christ was born when Caesar Augustus ruled, and Caesar is now dead, but Jesus Christ lives.”
Ephesians 2:8-9 NLT

8 God saved you by his grace when you believed. And you can’t take credit for this; it is a gift from God. 9 Salvation is not a reward for the good things we have done, so none of us can boast about it. 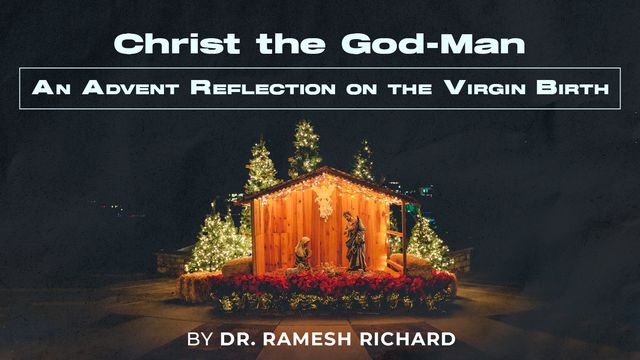 Christ the God-Man: An Advent Reflection on the Virgin Birth

We want our volunteers to know how much we appreciate their participation in furthering the story of God’s Kingdom.  January 9 is the day set aside for us to equip and appreciate your role in God’s Story.  There will be a catered lunch and specific breakout sessions for you following lunch.  We will finish by 4:00 pm.  Childcare will be available.  Dan Scott is an author and communicator who will speak in both services and serve as keynote presenter.  His book Caught In Between: Engage Your Preteens Before They Check Out with Orange Books was an Amazon best seller. He also serves as the Curriculum Director for 252 Kids and Preteen at Orange. He spends most of his time leading a creative team of talented writers that innovate how kids and preteens experience church. Prior to coming on board at Orange, Dan served as the Elementary Children’s Director at Ada Bible Church. He enjoys traveling around the world coaching children’s ministry leaders and speaking to kids and students. Dan and his wife Jenna live outside of Atlanta, GA and have four amazing kids: Liam, Ellison, Addison, and Taye.