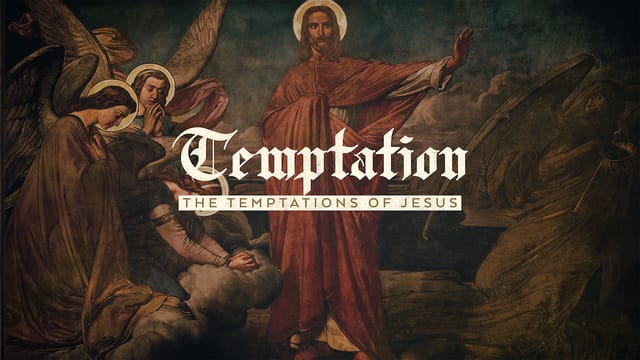 Sign In to Save Event
The Temptations of Jesus: Healthy Ambition
The temptations Jesus endured and withstood are examples of Satan’s diabolical work to trap humanity. Where we fall, Jesus stood, though not without struggle, as Hebrews 4:15 teaches: “For we do not have a high priest who is unable to sympathize with our weaknesses, but we have one who has been tempted in every way, just as we are—yet was without sin.”
Locations & Times 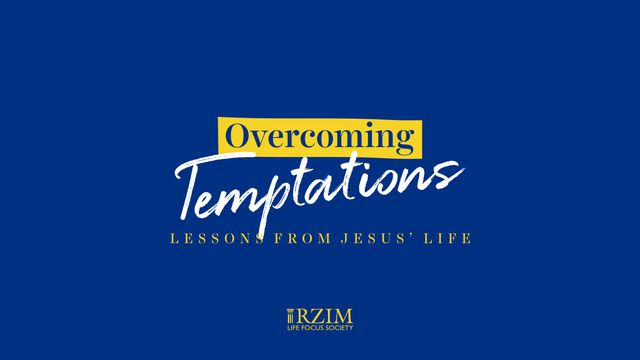 TEXT TO GIVE You can give straight from your phone. Simply text the word “fbcgive” to 73256 ONSITE At each of our Sunday services there are kiosks to give cash or checks. No offering is required. It’s for regular attenders and members. Envelopes are provided for tax record keeping purposes. We want to thank those of you who give faithfully and systematically to our church. We hope you know how important your giving is to what God is doing at FBC Seminole, in our community, and across the planet through the different ministries we are able to partner with through your financial generosity. We’ve fixed plumbing, remodeled kitchens, replaced shingles, celebrated our teachers, and made  a difference in a host of other opportunities. Your generosity matters. We offer Financial Peace University on a consistent basis for those who need financial help.  It’s a financial management system that allows multitudes to eliminate debt and live in freedom.

5 Then the devil took him up and revealed to him all the kingdoms of the world in a moment of time. 6 “I will give you the glory of these kingdoms and authority over them,” the devil said, “because they are mine to give to anyone I please. 7 I will give it all to you if you will worship me.” 8 Jesus replied, “The Scriptures say, ‘You must worship the Lord your God and serve only him.’ ”

24 If you try to hang on to your life, you will lose it. But if you give up your life for my sake, you will save it. 25 And what do you benefit if you gain the whole world but are yourself lost or destroyed?

21 Yes, they knew God, but they wouldn’t worship him as God or even give him thanks. And they began to think up foolish ideas of what God was like. As a result, their minds became dark and confused. 22 Claiming to be wise, they instead became utter fools. 23 And instead of worshiping the glorious, ever-living God, they worshiped idols made to look like mere people and birds and animals and reptiles. 24 So God abandoned them to do whatever shameful things their hearts desired. As a result, they did vile and degrading things with each other’s bodies. 25 They traded the truth about God for a lie. So they worshiped and served the things God created instead of the Creator himself, who is worthy of eternal praise! Amen. 26 That is why God abandoned them to their shameful desires. Even the women turned against the natural way to have sex and instead indulged in sex with each other. 27 And the men, instead of having normal sexual relations with women, burned with lust for each other. Men did shameful things with other men, and as a result of this sin, they suffered within themselves the penalty they deserved. 28 Since they thought it foolish to acknowledge God, he abandoned them to their foolish thinking and let them do things that should never be done. 29 Their lives became full of every kind of wickedness, sin, greed, hate, envy, murder, quarreling, deception, malicious behavior, and gossip. 30 They are backstabbers, haters of God, insolent, proud, and boastful. They invent new ways of sinning, and they disobey their parents. 31 They refuse to understand, break their promises, are heartless, and have no mercy. 32 They know God’s justice requires that those who do these things deserve to die, yet they do them anyway. Worse yet, they encourage others to do them, too.

15 Do not love this world nor the things it offers you, for when you love the world, you do not have the love of the Father in you. 16 For the world offers only a craving for physical pleasure, a craving for everything we see, and pride in our achievements and possessions. These are not from the Father, but are from this world. 17 And this world is fading away, along with everything that people crave. But anyone who does what pleases God will live forever.

The devil uses deceptive ideas to play to disordered desires normalized in sinful society (Satan, the flesh, and the world].
Luke 4:6 NLT

6 “I will give you the glory of these kingdoms and authority over them,” the devil said, “because they are mine to give to anyone I please.

You can have a kingdom without a cross, a prize without the pain, status without the suffering. It’s a shortcut and a fast track to accomplish God’s vision.
II. Will you trade identity for idolatry?
Luke 4:8 NLT

8 Jesus replied, “The Scriptures say, ‘You must worship the Lord your God and serve only him.’ ”

25 They traded the truth about God for a lie. So they worshiped and served the things God created instead of the Creator himself, who is worthy of eternal praise! Amen.

Worship is more about what you do than what you say. Trace the trail of your time, affection, energy, money, and loyalty. At the end of the trail, you’ll find a throne; and whatever or whomever is on the throne is what you worship.
Everyday there’s a battle for my worship. It’s a worship war.
Psalms 96:4-10 NLT

4 Great is the Lord! He is most worthy of praise!He is to be feared above all gods. 5 The gods of other nations are mere idols, but the Lord made the heavens! 6 Honor and majesty surround him; strength and beauty fill his sanctuary. 7 O nations of the world, recognize the Lord; recognize that the Lord is glorious and strong. 8 Give to the Lord the glory he deserves!Bring your offering and come into his courts. 9 Worship the Lord in all his holy splendor.Let all the earth tremble before him. 10 Tell all the nations, “The Lord reigns!”The world stands firm and cannot be shaken.He will judge all peoples fairly.

13 When the devil had finished tempting Jesus, he left him until the next opportunity came. 14 Then Jesus returned to Galilee, filled with the Holy Spirit’s power. Reports about him spread quickly through the whole region. 15 He taught regularly in their synagogues and was praised by everyone.

45 For even the Son of Man came not to be served but to serve others and to give his life as a ransom for many.”

25 And what do you benefit if you gain the whole world but are yourself lost or destroyed?