The Art of Neighboring
We are moving towards a day when we will all sit around the great table of God. How do our tables compare? And how can our tables become an environment in which relationships can begin and conversations can start to move people from our table to His? 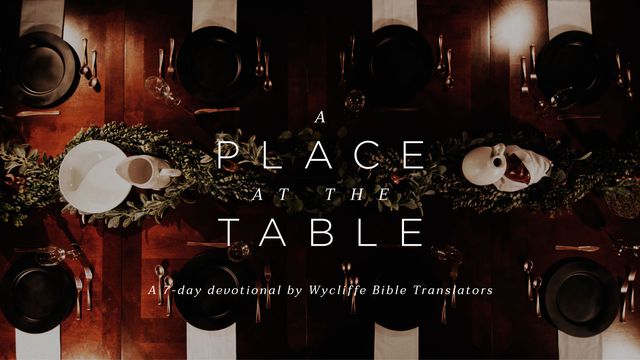 A Place At The Table

13 Contribute to the needs of the saints and seek to show hospitality.

7 Therefore welcome one another as Christ has welcomed you, for the glory of God.

15 When one of those who reclined at table with him heard these things, he said to him, “Blessed is everyone who will eat bread in the kingdom of God!”

9 And the angel said to me, “Write this: Blessed are those who are invited to the marriage supper of the Lamb.” And he said to me, “These are the true words of God.”

Parable of the Great Banquet

16 But he said to him, “A man once gave a great banquet and invited many. 17 And at the time for the banquet he sent his servant to say to those who had been invited, ‘Come, for everything is now ready.’ 18 But they all alike began to make excuses. The first said to him, ‘I have bought a field, and I must go out and see it. Please have me excused.’ 19 And another said, ‘I have bought five yoke of oxen, and I go to examine them. Please have me excused.’ 20 And another said, ‘I have married a wife, and therefore I cannot come.’ 21 So the servant came and reported these things to his master. Then the master of the house became angry and said to his servant, ‘Go out quickly to the streets and lanes of the city, and bring in the poor and crippled and blind and lame.’ 22 And the servant said, ‘Sir, what you commanded has been done, and still there is room.’ 23 And the master said to the servant, ‘Go out to the highways and hedges and compel people to come in, that my house may be filled. 24 For I tell you, none of those men who were invited shall taste my banquet.'”

12 He said also to the man who had invited him, “When you give a dinner or a banquet, do not invite your friends or your brothers or your relatives or rich neighbors, lest they also invite you in return and you be repaid. 13 But when you give a feast, invite the poor, the crippled, the lame, the blind, 14 and you will be blessed, because they cannot repay you. For you will be repaid at the resurrection of the just.”

Those who live out radically ordinary hospitality see their homes not as theirs at all, but as God’s gift to use for the furtherance of his Kingdom. My prayer is that this book will help you let God use your home, apartment, dorm room, front yard, or garden for the purpose of making strangers into neighbors and neighbors into family.