Run with the Horses – The Indestructible Word
We all long to live life at its best – to fuse freedom and spontaneity with purpose and meaning. Why then do we often find our lives so humdrum, so routine? Or else so frantic, so full of activity, but still devoid of fulfillment? How do we learn to risk, to trust, to pursue wholeness and excellence – to run with the horses in the midst of life?
Locations & Times

Our Vision: Gracefully helping people in a distracted world embrace their role in God’s story 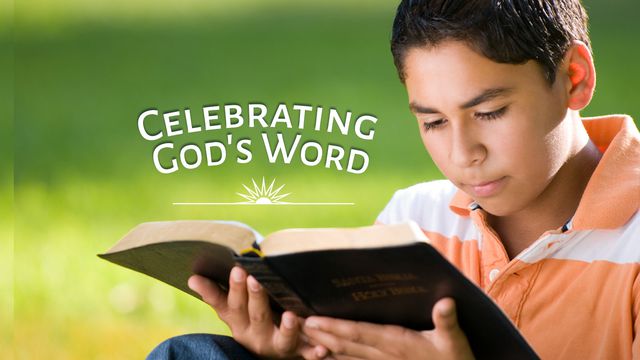 You can join us online at the link below.

“A people’s lives are only as good as their worship. The temple in
Jerusalem was the architectural evidence of the importance of
God in the life of the people. All the lines of life crisscrossed in the
temple. Meaning was established there. Values created there.
Worship defines life. If worship is corrupt, life will be corrupt.”
Eugene Peterson
Jeremiah 36:1 ESV

1 In the fourth year of Jehoiakim the son of Josiah, king of Judah, this word came to Jeremiah from the Lord:

2 “Get a scroll and write down everything I’ve told you regarding Israel and Judah and all the other nations from the time I first started speaking to you in Josiah’s reign right up to the present day. 3 “Maybe the community of Judah will finally get it, finally understand the catastrophe that I’m planning for them, turn back from their bad lives, and let me forgive their perversity and sin.” 4 So Jeremiah called in Baruch son of Neriah. Jeremiah dictated and Baruch wrote down on a scroll everything that God had said to him.

College mental health facilities are swamped, suicide rates are spiking, the president’s repulsive behavior is tolerated or even celebrated by tens of millions of Americans. At the root of it all is the following problem: We’ve created a culture based on lies.

16 Thus says the Lord of hosts: “Do not listen to the words of the prophets who prophesy to you, filling you with vain hopes. They speak visions of their own minds, not from the mouth of the Lord. 17 They say continually to those who despise the word of the Lord, ‘It shall be well with you’; and to everyone who stubbornly follows his own heart, they say, ‘No disaster shall come upon you.'”

5 And Jeremiah ordered Baruch, saying, “I am banned from going to the house of the Lord, 6 so you are to go, and on a day of fasting in the hearing of all the people in the Lord’s house you shall read the words of the Lord from the scroll that you have written at my dictation. You shall read them also in the hearing of all the men of Judah who come out of their cities. 7 It may be that their plea for mercy will come before the Lord, and that every one will turn from his evil way, for great is the anger and wrath that the Lord has pronounced against this people.” 8 And Baruch the son of Neriah did all that Jeremiah the prophet ordered him about reading from the scroll the words of the Lord in the Lord’s house. 9 In the fifth year of Jehoiakim the son of Josiah, king of Judah, in the ninth month, all the people in Jerusalem and all the people who came from the cities of Judah to Jerusalem proclaimed a fast before the Lord. 10 Then, in the hearing of all the people, Baruch read the words of Jeremiah from the scroll, in the house of the Lord, in the chamber of Gemariah the son of Shaphan the secretary, which was in the upper court, at the entry of the New Gate of the Lord’s house.

10 Then, in the hearing of all the people, Baruch read the words of Jeremiah from the scroll, in the house of the Lord, in the chamber of Gemariah the son of Shaphan the secretary, which was in the upper court, at the entry of the New Gate of the Lord’s house. 11 When Micaiah the son of Gemariah, son of Shaphan, heard all the words of the Lord from the scroll, 12 he went down to the king’s house, into the secretary’s chamber, and all the officials were sitting there: Elishama the secretary, Delaiah the son of Shemaiah, Elnathan the son of Achbor, Gemariah the son of Shaphan, Zedekiah the son of Hananiah, and all the officials. 13 And Micaiah told them all the words that he had heard, when Baruch read the scroll in the hearing of the people. 14 Then all the officials sent Jehudi the son of Nethaniah, son of Shelemiah, son of Cushi, to say to Baruch, “Take in your hand the scroll that you read in the hearing of the people, and come.” So Baruch the son of Neriah took the scroll in his hand and came to them. 15 And they said to him, “Sit down and read it.” So Baruch read it to them. 16 When they heard all the words, they turned one to another in fear. And they said to Baruch, “We must report all these words to the king.” 17 Then they asked Baruch, “Tell us, please, how did you write all these words? Was it at his dictation?” 18 Baruch answered them, “He dictated all these words to me, while I wrote them with ink on the scroll.” 19 Then the officials said to Baruch, “Go and hide, you and Jeremiah, and let no one know where you are.”

Too often people and cultures that are heading toward ruin
become locked in avoidance, lies, denial, self-deception, and halftruths;
they cannot envision a love that is anything other than
Jeremiah 36:20-26 ESV

20 So they went into the court to the king, having put the scroll in the chamber of Elishama the secretary, and they reported all the words to the king. 21 Then the king sent Jehudi to get the scroll, and he took it from the chamber of Elishama the secretary. And Jehudi read it to the king and all the officials who stood beside the king. 22 It was the ninth month, and the king was sitting in the winter house, and there was a fire burning in the fire pot before him. 23 As Jehudi read three or four columns, the king would cut them off with a knife and throw them into the fire in the fire pot, until the entire scroll was consumed in the fire that was in the fire pot. 24 Yet neither the king nor any of his servants who heard all these words was afraid, nor did they tear their garments. 25 Even when Elnathan and Delaiah and Gemariah urged the king not to burn the scroll, he would not listen to them. 26 And the king commanded Jerahmeel the king’s son and Seraiah the son of Azriel and Shelemiah the son of Abdeel to seize Baruch the secretary and Jeremiah the prophet, but the Lord hid them.

You can TEXT fbcgive to 73256. You can give online at link below.
We want to thank those of you who give faithfully and systematically to our church. We hope you know how important your giving is to what God is doing at FBC Seminole, in our community, and across the planet through the different ministries we are able to partner with through your financial generosity. We’ve fixed plumbing, remodeled kitchens, replaced shingles, celebrated our teachers, and made  a difference in a host of other opportunities. Your generosity matters.We offer Financial Peace University on a consistent basis for those who need financial help.  It’s a financial management system that allows multitudes to eliminate debt and live in freedom.