Distracted: Authenticity
What if all the stuff present in our life is causing what matters most to be absent from our lives? 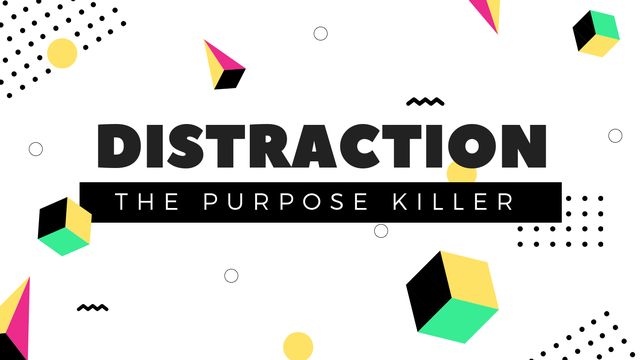 12 Since this new way gives us such confidence, we can be very bold. 13 We are not like Moses, who put a veil over his face so the people of Israel would not see the glory, even though it was destined to fade away. 14 But the people’s minds were hardened, and to this day whenever the old covenant is being read, the same veil covers their minds so they cannot understand the truth. And this veil can be removed only by believing in Christ. 15 Yes, even today when they read Moses’ writings, their hearts are covered with that veil, and they do not understand. 16 But whenever someone turns to the Lord, the veil is taken away. 17 For the Lord is the Spirit, and wherever the Spirit of the Lord is, there is freedom. 18 So all of us who have had that veil removed can see and reflect the glory of the Lord. And the Lord—who is the Spirit—makes us more and more like him as we are changed into his glorious image.

12 Since we have such a hope, we are very bold,

29 When Moses came down from Mount Sinai, with the two tablets of the testimony in his hand as he came down from the mountain, Moses did not know that the skin of his face shone because he had been talking with God. 30 Aaron and all the people of Israel saw Moses, and behold, the skin of his face shone, and they were afraid to come near him. 31 But Moses called to them, and Aaron and all the leaders of the congregation returned to him, and Moses talked with them. 32 Afterward all the people of Israel came near, and he commanded them all that the Lord had spoken with him in Mount Sinai. 33 And when Moses had finished speaking with them, he put a veil over his face. 34 Whenever Moses went in before the Lord to speak with him, he would remove the veil, until he came out. And when he came out and told the people of Israel what he was commanded, 35 the people of Israel would see the face of Moses, that the skin of Moses’ face was shining. And Moses would put the veil over his face again, until he went in to speak with him.

16 So let us come boldly to the throne of our gracious God. There we will receive his mercy, and we will find grace to help us when we need it most.