December 22! One service only. No Connect Group! 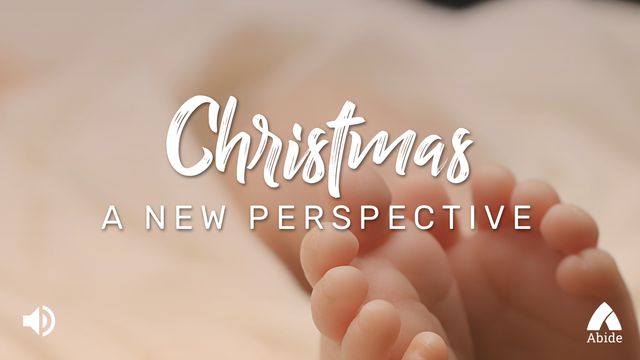 31 but they who wait for the Lord shall renew their strength; they shall mount up with wings like eagles; they shall run and not be weary; they shall walk and not faint.

5 When Herod was king of Judea, there was a Jewish priest named Zechariah. He was a member of the priestly order of Abijah, and his wife, Elizabeth, was also from the priestly line of Aaron. 6 Zechariah and Elizabeth were righteous in God’s eyes, careful to obey all of the Lord’s commandments and regulations. 7 They had no children because Elizabeth was unable to conceive, and they were both very old. 8 One day Zechariah was serving God in the Temple, for his order was on duty that week. 9 As was the custom of the priests, he was chosen by lot to enter the sanctuary of the Lord and burn incense. 10 While the incense was being burned, a great crowd stood outside, praying. 11 While Zechariah was in the sanctuary, an angel of the Lord appeared to him, standing to the right of the incense altar. 12 Zechariah was shaken and overwhelmed with fear when he saw him. 13 But the angel said, “Don’t be afraid, Zechariah! God has heard your prayer. Your wife, Elizabeth, will give you a son, and you are to name him John. 14 You will have great joy and gladness, and many will rejoice at his birth, 15 for he will be great in the eyes of the Lord. He must never touch wine or other alcoholic drinks. He will be filled with the Holy Spirit, even before his birth. 16 And he will turn many Israelites to the Lord their God. 17 He will be a man with the spirit and power of Elijah. He will prepare the people for the coming of the Lord. He will turn the hearts of the fathers to their children, and he will cause those who are rebellious to accept the wisdom of the godly.” 18 Zechariah said to the angel, “How can I be sure this will happen? I’m an old man now, and my wife is also well along in years.” 19 Then the angel said, “I am Gabriel! I stand in the very presence of God. It was he who sent me to bring you this good news! 20 But now, since you didn’t believe what I said, you will be silent and unable to speak until the child is born. For my words will certainly be fulfilled at the proper time.” 21 Meanwhile, the people were waiting for Zechariah to come out of the sanctuary, wondering why he was taking so long. 22 When he finally did come out, he couldn’t speak to them. Then they realized from his gestures and his silence that he must have seen a vision in the sanctuary. 23 When Zechariah’s week of service in the Temple was over, he returned home. 24 Soon afterward his wife, Elizabeth, became pregnant and went into seclusion for five months. 25 “How kind the Lord is!” she exclaimed. “He has taken away my disgrace of having no children.”

8 Now while he was serving as priest before God when his division was on duty, 9 according to the custom of the priesthood, he was chosen by lot to enter the temple of the Lord and burn incense. 10 And the whole multitude of the people were praying outside at the hour of incense.

Pray through while you wait
Revelation 5:8 ESV

8 And when he had taken the scroll, the four living creatures and the twenty-four elders fell down before the Lamb, each holding a harp, and golden bowls full of incense, which are the prayers of the saints.

3 And another angel came and stood at the altar with a golden censer, and he was given much incense to offer with the prayers of all the saints on the golden altar before the throne,

1 O Lord, I call upon you; hasten to me!Give ear to my voice when I call to you! 2 Let my prayer be counted as incense before you, and the lifting up of my hands as the evening sacrifice!

21 And the people were waiting for Zechariah, and they were wondering at his delay in the temple.

13 But the angel said to him, “Do not be afraid, Zechariah, for your prayer has been heard, and your wife Elizabeth will bear you a son, and you shall call his name John.
17 and he will go before him in the spirit and power of Elijah, to turn the hearts of the fathers to the children, and the disobedient to the wisdom of the just, to make ready for the Lord a people prepared.”

29 He gives power to the faint, and to him who has no might he increases strength.
31 but they who wait for the Lord shall renew their strength; they shall mount up with wings like eagles; they shall run and not be weary; they shall walk and not faint.

10 fear not, for I am with you; be not dismayed, for I am your God;I will strengthen you, I will help you,I will uphold you with my righteous right hand.

5 If any of you lacks wisdom, let him ask God, who gives generously to all without reproach, and it will be given him.

19 And my God will supply every need of yours according to his riches in glory in Christ Jesus.

4 Even though I walk through the valley of the shadow of death,I will fear no evil, for you are with me; your rod and your staff, they comfort me.

14 The Lord will fight for you, and you have only to be silent.”

18 And Zechariah said to the angel, “How shall I know this? For I am an old man, and my wife is advanced in years.”