JUDGES: Christian Atheists
Throughout this book, God makes a routine out of habitual, long-suffering mercy toward his people. Judges is filled with violence, intrigue, civil war, abuse, judgment, power-grabs, and horrible sin; but whenever his wayward people cried out to him, God sent a deliverer to give his people peace. This is the mercy of a loving Father who warned them often about their behavior and watched in pain as they repeatedly returned to destructive cycles. Everything that the judges were supposed to do for the people — to deliver them from enemies, provide peace, instill unity, give direction, speak God’s words, and so on — are all met in Jesus. His Kingdom is coming, and his deliverance is permanent!
Locations & Times 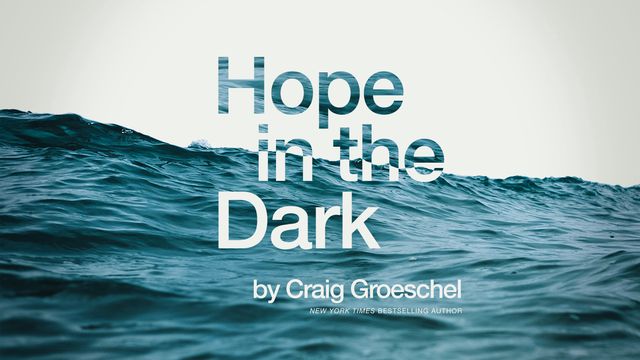 Hope In The Dark

Our Mission: Gracefully Helping People in a Distracted World embrace their role in God’s Story

Self-created gods lead to self-produced rules that end in self-made wreckage. Wrong worship creates wrong ways that lead to real wreckage. When you make your own god and create your own morals you will eventually destroy your own hope.
Christian Atheism (Believing in God but living as He doesn’t exist)
Begins with Self-Manufactured Gods
Continues with Self-Produced Morals
Leads to Real Wreckage and Destroyed Hope
Judges 17:1-6 ESV

1 There was a man of the hill country of Ephraim, whose name was Micah. 2 And he said to his mother, “The 1,100 pieces of silver that were taken from you, about which you uttered a curse, and also spoke it in my ears, behold, the silver is with me; I took it.” And his mother said, “Blessed be my son by the Lord.” 3 And he restored the 1,100 pieces of silver to his mother. And his mother said, “I dedicate the silver to the Lord from my hand for my son, to make a carved image and a metal image. Now therefore I will restore it to you.” 4 So when he restored the money to his mother, his mother took 200 pieces of silver and gave it to the silversmith, who made it into a carved image and a metal image. And it was in the house of Micah. 5 And the man Micah had a shrine, and he made an ephod and household gods, and ordained one of his sons, who became his priest. 6 In those days there was no king in Israel. Everyone did what was right in his own eyes.

15 “‘Cursed be the man who makes a carved or cast metal image, an abomination to the Lord, a thing made by the hands of a craftsman, and sets it up in secret.’ And all the people shall answer and say, ‘Amen.’

Micah and his carved image and a metal image

Christian atheism reshapes and redefines God rather than bow to worship and serve Him.
Judges 17:7-13 ESV

7 Now there was a young man of Bethlehem in Judah, of the family of Judah, who was a Levite, and he sojourned there. 8 And the man departed from the town of Bethlehem in Judah to sojourn where he could find a place. And as he journeyed, he came to the hill country of Ephraim to the house of Micah. 9 And Micah said to him, “Where do you come from?” And he said to him, “I am a Levite of Bethlehem in Judah, and I am going to sojourn where I may find a place.” 10 And Micah said to him, “Stay with me, and be to me a father and a priest, and I will give you ten pieces of silver a year and a suit of clothes and your living.” And the Levite went in. 11 And the Levite was content to dwell with the man, and the young man became to him like one of his sons. 12 And Micah ordained the Levite, and the young man became his priest, and was in the house of Micah. 13 Then Micah said, “Now I know that the Lord will prosper me, because I have a Levite as priest.”

13 Then Micah said, “Now I know that the Lord will prosper me, because I have a Levite as priest.”

Christian atheism wants access to God to manipulate Him to do what you want. True faith gives God access to your heart so that he can activate you to do what He wants.
Judges 18:24 ESV

24 And he said, “You take my gods that I made and the priest, and go away, and what have I left? How then do you ask me, ‘What is the matter with you?’”

27 But the people of Dan took what Micah had made, and the priest who belonged to him, and they came to Laish, to a people quiet and unsuspecting, and struck them with the edge of the sword and burned the city with fire.

Two things happen in moral anarchy when God is absent:
The Weak are Forgotten.
Despair is Rampant.
Judges 19:1-3 ESV

1 In those days, when there was no king in Israel, a certain Levite was sojourning in the remote parts of the hill country of Ephraim, who took to himself a concubine from Bethlehem in Judah. 2 And his concubine was unfaithful to him, and she went away from him to her father’s house at Bethlehem in Judah, and was there some four months. 3 Then her husband arose and went after her, to speak kindly to her and bring her back. He had with him his servant and a couple of donkeys. And she brought him into her father’s house. And when the girl’s father saw him, he came with joy to meet him.

10 But the man would not spend the night. He rose up and departed and arrived opposite Jebus (that is, Jerusalem). He had with him a couple of saddled donkeys, and his concubine was with him. 11 When they were near Jebus, the day was nearly over, and the servant said to his master, “Come now, let us turn aside to this city of the Jebusites and spend the night in it.” 12 And his master said to him, “We will not turn aside into the city of foreigners, who do not belong to the people of Israel, but we will pass on to Gibeah.” 13 And he said to his young man, “Come and let us draw near to one of these places and spend the night at Gibeah or at Ramah.” 14 So they passed on and went their way. And the sun went down on them near Gibeah, which belongs to Benjamin, 15 and they turned aside there, to go in and spend the night at Gibeah. And he went in and sat down in the open square of the city, for no one took them into his house to spend the night.

20 And the old man said, “Peace be to you; I will care for all your wants. Only, do not spend the night in the square.” 21 So he brought him into his house and gave the donkeys feed. And they washed their feet, and ate and drank.

22 As they were making their hearts merry, behold, the men of the city, worthless fellows, surrounded the house, beating on the door. And they said to the old man, the master of the house, “Bring out the man who came into your house, that we may know him.” 23 And the man, the master of the house, went out to them and said to them, “No, my brothers, do not act so wickedly; since this man has come into my house, do not do this vile thing. 24 Behold, here are my virgin daughter and his concubine. Let me bring them out now. Violate them and do with them what seems good to you, but against this man do not do this outrageous thing.” 25 But the men would not listen to him. So the man seized his concubine and made her go out to them. And they knew her and abused her all night until the morning. And as the dawn began to break, they let her go. 26 And as morning appeared, the woman came and fell down at the door of the man’s house where her master was, until it was light. 27 And her master rose up in the morning, and when he opened the doors of the house and went out to go on his way, behold, there was his concubine lying at the door of the house, with her hands on the threshold. 28 He said to her, “Get up, let us be going.” But there was no answer. Then he put her on the donkey, and the man rose up and went away to his home. 29 And when he entered his house, he took a knife, and taking hold of his concubine he divided her, limb by limb, into twelve pieces, and sent her throughout all the territory of Israel. 30 And all who saw it said, “Such a thing has never happened or been seen from the day that the people of Israel came up out of the land of Egypt until this day; consider it, take counsel, and speak.”

Levite and His Concubine (Mistress)

10 Who among you fears the Lord and obeys his servant?If you are walking in darkness, without a ray of light, trust in the Lord and rely on your God. 11 But watch out, you who live in your own light and warm yourselves by your own fires.This is the reward you will receive from me:You will soon fall down in great torment.

7 The time of Israel’s punishment has come; the day of payment is here.Soon Israel will know this all too well.Because of your great sin and hostility, you say, “The prophets are crazy and the inspired men are fools!” 8 The prophet is a watchman over Israel for my God, yet traps are laid for him wherever he goes.He faces hostility even in the house of God. 9 The things my people do are as depraved as what they did in Gibeah long ago.God will not forget.He will surely punish them for their sins.

16 They profess to know God, but they deny him by their works. They are detestable, disobedient, unfit for any good work.

29 For this I toil, struggling with all his energy that he powerfully works within me.

25 In those days there was no king in Israel. Everyone did what was right in his own eyes.

1 Then all the people of Israel came out, from Dan to Beersheba, including the land of Gilead, and the congregation assembled as one man to the Lord at Mizpah. 2 And the chiefs of all the people, of all the tribes of Israel, presented themselves in the assembly of the people of God, 400,000 men on foot that drew the sword. 3 (Now the people of Benjamin heard that the people of Israel had gone up to Mizpah.) And the people of Israel said, “Tell us, how did this evil happen?” 4 And the Levite, the husband of the woman who was murdered, answered and said, “I came to Gibeah that belongs to Benjamin, I and my concubine, to spend the night. 5 And the leaders of Gibeah rose against me and surrounded the house against me by night. They meant to kill me, and they violated my concubine, and she is dead. 6 So I took hold of my concubine and cut her in pieces and sent her throughout all the country of the inheritance of Israel, for they have committed abomination and outrage in Israel.
11 So all the men of Israel gathered against the city, united as one man.

1 O God, you are my God; earnestly I seek you; my soul thirsts for you; my flesh faints for you, as in a dry and weary land where there is no water. 2 So I have looked upon you in the sanctuary, beholding your power and glory. 3 Because your steadfast love is better than life, my lips will praise you. 4 So I will bless you as long as I live; in your name I will lift up my hands.